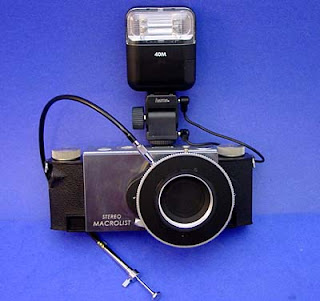 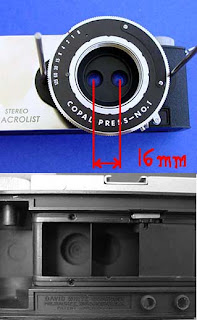 The Macrolist is a specialized macro stereo camera, a replica of the Macro Realist Stereo camera. It was designed and built by David Burder in England. David is a world-renowned stereo personality who has been involved in many stereo projects, including unique modifications of the Nimslo stereo camera. I estimate that 30-50 Macrolists were built. This makes this camera a rare stereo collectible, in addition to being a very practical camera to use for those interested in macro stereo photography. 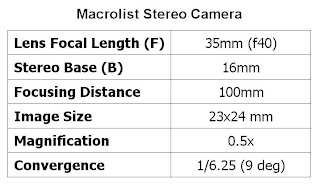